How To Go With The Flow And Still Be Successful

How To Go With The Flow And Still Be Successfull

Be prepared for the unexpected, and have confidence in yourself and your team.

In high school, I kind of got into advertising. I figured I wanted to do that...writing advertisements, designing ads. So I actually went to college for that. However, as I went through college and learned about advertising I realized that there was a lot of it that just wasn't for me—mostly the business aspect. I was more interested in the creative side. That’s when I finally decided that I'm going to go into maybe TV or movie production where I can just focus primarily on the creation side of it.

Once I graduated college, my first job on set was for a straight-to-DVD, comedy western starring the Insane Clown Posse. That was pretty much my first time on set. I had a chance to see all the jobs and all the people that worked on the set of the movie because prior to that I’d never really learned much about movie production. I didn't go to film school, but through this I was able to be resourceful. I was able to see what I could do. At that time, I figured if you want to work in production, this is how you do it. You have to be freelance, you have to be broke for years. There's no such thing as a salary production job. At least that’s what I thought at the time.

When I first started at SUPERCHARGED, I wasn't an editor or shooter. I was more in the production coordination role. And then eventually, I kind of moved into editing. Even before I had jobs in editing, I was practicing on my own time. So when the editing opportunity came up at SUPERCHARGED, I was like, “well, I could do it.” Because it's something I've been practicing for a long time anyways.

SUPERCHARGED not only kind of changed my opinion or changed my outlook on being able to be involved in production and still have a salary job, but also changed how I saw the passion that people had in the industry. Before this, I thought you only have passion if you're a freelancer. If you work for a salary, you become a cubicle worker and you just kind of become a zombie. And SUPERCHARGED proved all that wrong because I've worked with so many passionate people at this company.

Embrace the random. And when I say that, I don't mean that in a passive way, more in a proactive preparation way because I don't think anything in life—and definitely nothing at SUPERCHARGED happens randomly. Everything typically has something leading up to it, but the random refers more to what you have to do for yourself to prepare. Also ,keep yourself prepared for the unexpected and have confidence in yourself and your team that if something does happen. If shit does go south, you guys can handle it. And it's also about embracing and even appreciating when unpredictable things happen because, I mean, those are surprises. And those things aren't just there to keep you on your toes but keeps things interesting because...how boring would life be if everything always went according to plan?

Welcome back to Successful at SUPERCHARGED, Boost friends and fam! Today, we sat down with Johnny Chan, a creator on our video team, to get some SUPERCHARGED insight into how he got where he is today.

Like many of us, Johnny's path to success wasn't a straight one. There were LOTS of twists, turns, and changes along the way. But instead of rejecting the randomness, Johnny chose to embrace it. And that's how he went from a struggling freelancer to a salaried superstar!

Wanna know more? We thought so! Find out how and why Johnny came to live by a phrase most people fear: Expect the Unexpected.

3 Ways You Can Expect the Unexpected...AKA The Random

Growing up, Johnny was convinced his dream job didn't exist. He wanted to be creative, but he wanted financial stability too. Why did it seem like every gig he got was either unreliable and underpaid, or financially stable with a whole lot of boring?

It ended up taking quite a few unpredictable events, but he figured it out eventually while developing a new appreciation for the unplanned along the way.

Are you ready to do the same?

When the TV production studio that held Johnny's first salaried position suddenly closed, he had to make a choice. He could put his head down and wallow in self-pity, or he could make some #Boss moves.

Of course, he did the latter...and ended up at SUPERCHARGED! But, the main point is, when sudden roadblocks pop up, what is your first response? To freak out? Doubt yourself? Drop a few F-bombs on the Universe?

Or...take a deep breath. Consider the new opportunities this change might bring to your life, and take action. By using this second, Kwanza Jones' approved approach, Johnny was able to find a job recruiter who landed him in his dream position at SUPERCHARGED.

So remember, the next time something seemingly bad happens, ask yourself...could this be the start of a whole new and improved me?

2) Be prepared for the random

As busy as Johnny was working on film and TV sets, he didn't just settle there. He was truly fascinated by his field and determined to know more. How did Johnny spend his free time? Partying, gossiping, and tweeting? NO WAY! He was amping up his resume, learning new skills, and crushing the future competition.

Good thing he did! Because when Kwanza asked him if he could edit her new content, he was able to answer with an empowering YES! And not because he had the skills from a prior position, but because he took the time to teach himself about the video editing software, he knew he would need it for his dream job one day.

Are you prepared for the unexpected? Have you been using your free time to ready yourself for an unexpected opportunity from the Universe? (P.S. It's not too late to start now!)

3) Be thankful for the unexpected

Let's be honest...when things go wrong, 9 out of 10 people LOVE to panic. Stress sets in and that victim mindset takes over. "Why does this always happen to me? I can't handle this right now!"

Whoa, whoa, whoa. Whoever said that the unexpected was a bad thing? Next time sh*t hits the fan...be like Johnny. Instead of panicking, allow the mishap to fill you with confidence. Take a deep breath and say, “as long as I keep trying, keep learning, keep growing, I will be just fine.”

How to be a Go-With-The-Flow Pro

Clearly, embracing the unexpected might not be as bad as you thought. In fact, we think being able to go with the flow is SO crucial that we're going to challenge you to do so right now!

Grab a pen, paper, and your calendar. Think of one skill you've always wanted to master—no matter how random—and set aside 15 minutes each day dedicated to learning this skill. Whether it's watching calligraphy videos during lunch, taking a free computer course at the library after work, or learning piano from a book every morning, we're sure that making time for this spontaneous activity will be worthwhile.

Maybe it will lead to more opportunities at work. Perhaps it will lead to a meaningful relationship with another random skill-builder. Or maybe it's just a de-stressing activity that you look forward to each and every day.

Whatever it is and whenever you do it, we know you won't regret it. So what are you waiting for? Get started on your #RandomRoutine. Need a little more inspo on this topic? Don't sweat it, we've got your covered! Download our #ThisWeekIWill Boost Worksheet and IG Story by clicking "I'm Ready to Take Action" below.

Your fabulously spontaneous life is waiting…

If you'd never read Johnny's theory on randomness, you probably would have thought that welcoming the unexpected was bad, right?

Of course, going about life without much of a plan isn't what we usually recommend, but Johnny has shown us how you can still come across amazing opportunities by just going with the flow. You don’t have to have everything all figured out. Too many good people are dragged down by others for not having a set plan for their life...and that is the LAST type of energy you need if you want to level up! If these one-way-street friend/coworker relationships sound familiar, it might be time for you to get a Boost Friend.

Boost Friends are members of our SUPERCHARGED community, so they're always looking to lift up others and be lifted in return. With Boost Friends, there's no such thing as only giving or only getting, because these growth mindset individuals are EXACTLY what your social circle has been missing: determined, professional, generous, and genuine people.

So what are you waiting for? Head on over to www.BoostFriend.com right now for a chance to join this exclusive community. And remember no one succeeds alone...sometimes you need a boost!

Ciao for now, and see ya on the next episode of Successful at SUPERCHARGED! 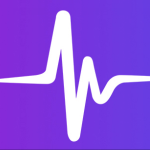 2 Simple Things You Need To Succeed At Work